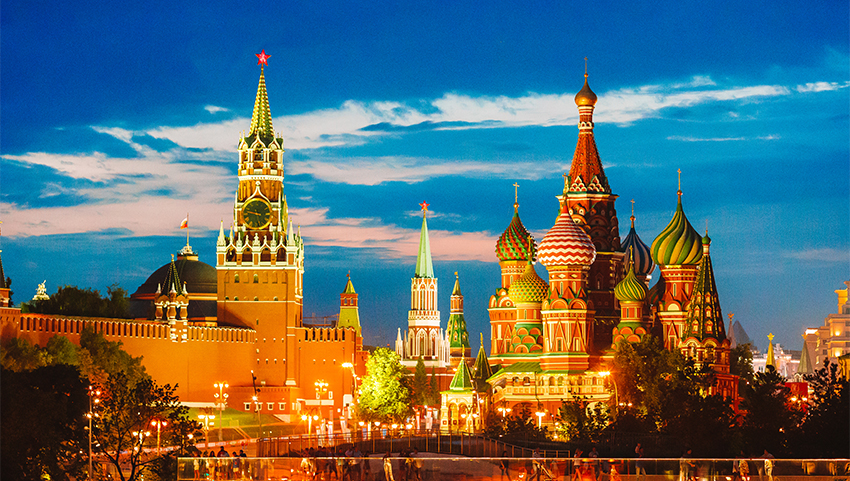 10 Most Beautiful Cities to Visit in Russia

The Russian culture and art are extremely brilliant.Literature is represented by Pushkin and Tolstoy, and Tchaikovsky's ballet, Tarkovsky's poetic films, or paintings of touring schools.This land was once born the first socialist country in human history and brought extremely brilliant dreams to mankind.

Russia is rich in tourism resources. Moscow's Red Square, the majestic Kremlin and other attractions are already world-famous.St. Petersburg is an elegant and romantic city. The quiet and wide Neva River and the crisscrossing ancient canals constitute the city's water network system. Exquisite bridges are everywhere, known as the "Venice of the north".In

Russia, you can also see the world's deepest and purest lake Baikal, or by train through the dense and profound Siberian forest, to see the beautiful scenery of the Black Sea.You can see a ballet show at the Mariinsky Theater, or visit the Tretyakov Art Museum to see the masterpieces. 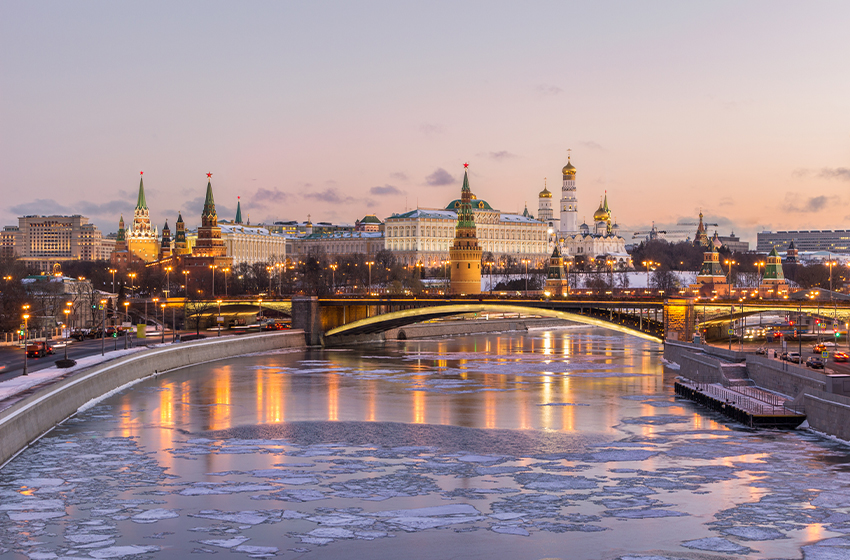 Moscow has always been the political center of Russia, even though Peter the Great ruled St. Petersburg.There are zero kilometers on Red Square, and apparently, at least in Russia, everything is centered on Moscow throughout the country; and Muscovites may think this is the center of the world.

Moscow was first built around the Kremlin, and now Moscow is also a loop around one.The Kremlin has always been the office of the heads of state in various Russian periods, so it is extremely symbolic.There is the tomb of Lenin and the unknown martyrs on the Red Square. As a memorial of this nation, people can daydream about the glorious years of the Soviet era.

In Moscow, Moscow University, Ukraine Hotel and other architectural styles are unique, with a large base, a high spire, and the Stalin-style architecture left by the Stalinist era.The Russian culture is so splendid, and there are so many celebrities.Sculptures of celebrities can be seen everywhere along the streets of Moscow, showing a sense of national pride in the Russians. 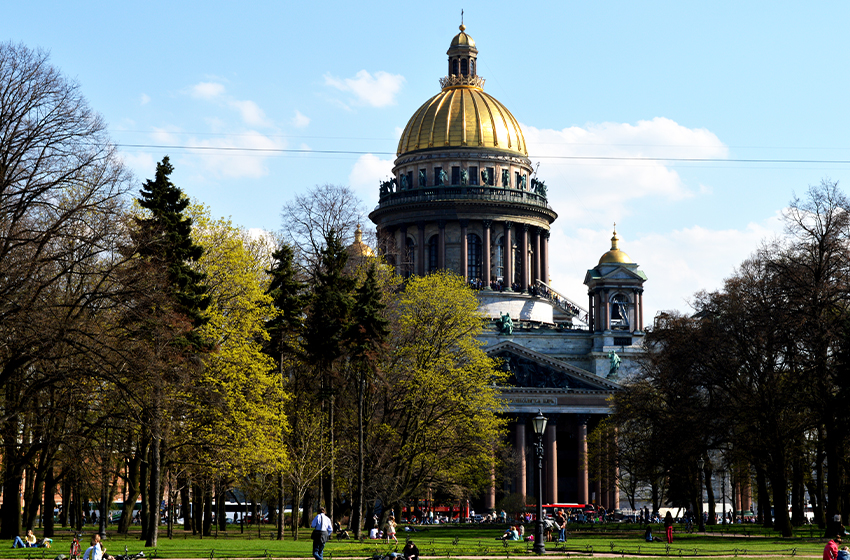 St. Petersburg, which was founded in 1703, has had a stormy history that has seen it change names multiple times. The former capital of the Tsars, which was afterward besieged by the Nazis, hosted the Communist Revolution.

St. Petersburg, a city that once carried the dream of revival, a masterpiece of Peter the Great.As the most European city in Russia, it was praised by Pushkin as Russia's "window to Europe".St. Petersburg, beautiful scenery, rivers, numerous Bridges, also known as the "northern Venice".

In St. Petersburg, there was not only the Baltic sea breeze, but also the aristocratic atmosphere that had accumulated from the time of Peter the Great.Whether it is the Winter Palace, one of the world's four major museums, or the elegant and luxurious royal garden Summer Palace and Imperial Village, or Kazan Cathedral and Isaakievskiy Cathedral, all make people feel expensive.St Petersburg is more royal than Moscow, more than 600 kilometers away.Historically, Saint Petersburg was the capital of Russia during the 200 years from the time of Peter the Great and the October Revolution. 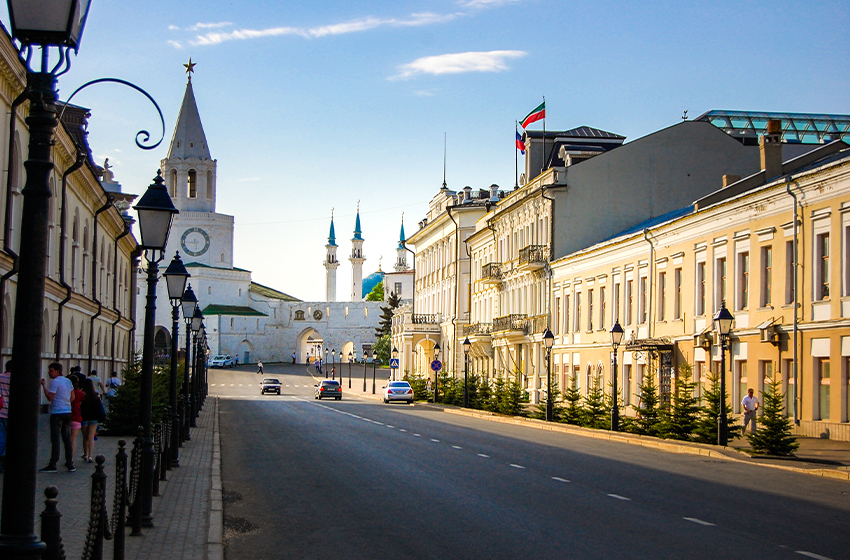 This city, located on the Volga, is the Tatars' capital (a Turkic people). As a result, it is a one-of-a-kind and fascinating destination to visit in Russia. Kazan has a beautiful blend of cultures, with Slavic Russians accounting for a substantial portion of the population.

The minarets of mosques are interlaced with church spires, and street signs are written in both languages. Tatarstan is an autonomous province with oil deposits, hence the city is rapidly modernizing while maintaining its traditional identity.

Kazan's distinct character makes it a great place to explore, with some delectable local cuisine and interesting cultural sights such as the Kazan Kremlin. 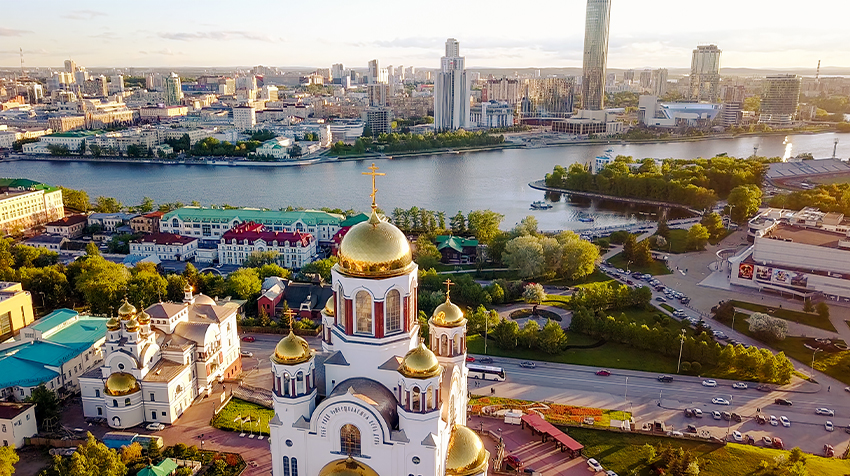 Yekaterinburg has hosted a number of significant events in Russian history, including the execution of the Romanovs and the election of Boris Yeltsin. The city, which lies near to the Ural Mountains, was once the site of a gem rush, with miners flocking to the city in the hopes of making a fortune.

It now has a plethora of historical and cultural attractions for visitors to explore. Many pubs and cafes are springing up as a result of the increasing economy, and there is a superb gastronomy scene that will leave you hungry. Many visitors stop by here on their route to explore the Ural Mountains because it is a big city with terrible traffic. It also has an international airport. 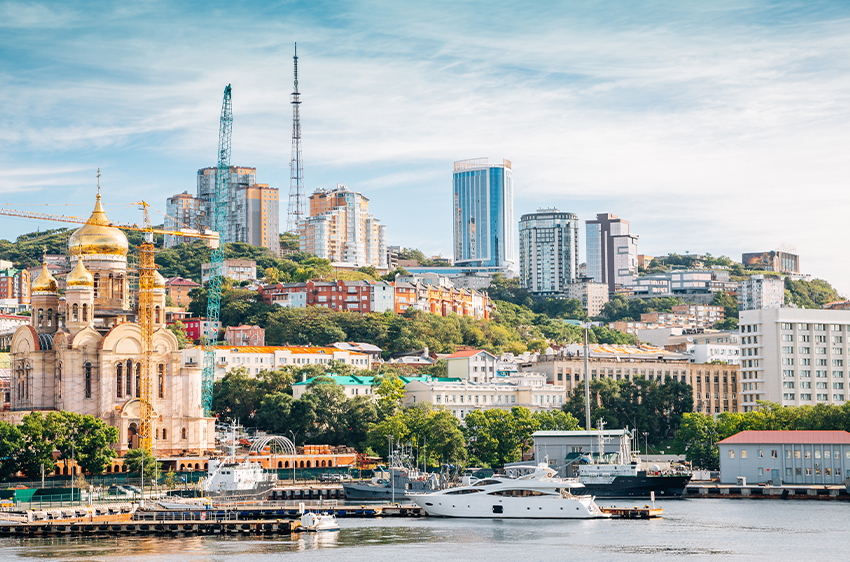 Vladivostok, an important port and naval station in Russia's far east, serves as the region's capital. Its Pacific coastline, set amidst the hills, is full of charming tiny islands and bays, adding to the picturesque character of the place.

Among the Soviet-era structures, there is some wonderful architecture. Vladivostok is a city on the move, with new theaters and cultural attractions sprouting all the time, as well as a wonderful restaurant scene that is nicely balanced by fashionable cocktail bars and a pulsing nightlife. 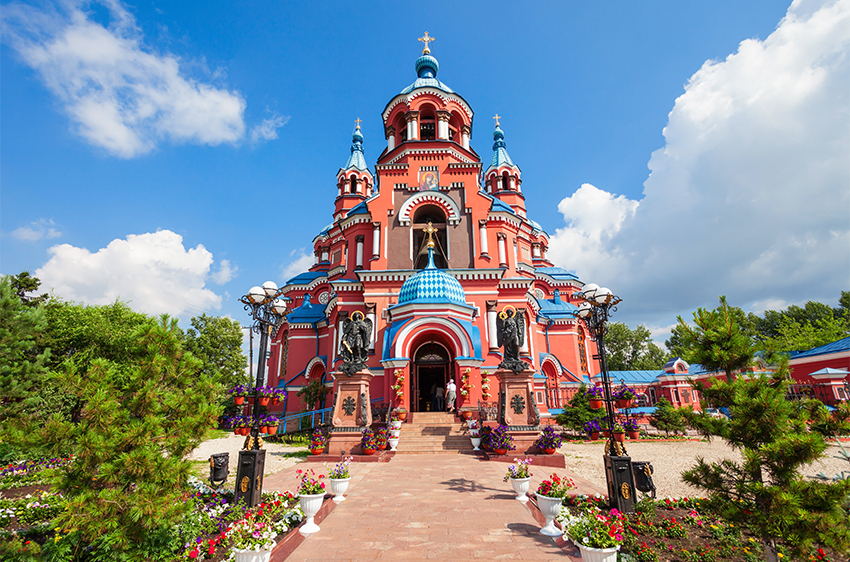 Irkutsk, located near Lake Baikal, is becoming increasingly popular with tourists, with new, educational, and intriguing museums opening in recent years. The 130 Kvartal district of the city is full of classic Siberian timber buildings that are delightful to stroll around, as well as new, fashionable cafes, pubs, and restaurants.

The majority of visitors travel through the Trans-Siberian Railway, and Irkutsk is an excellent base for exploring the surrounding region. 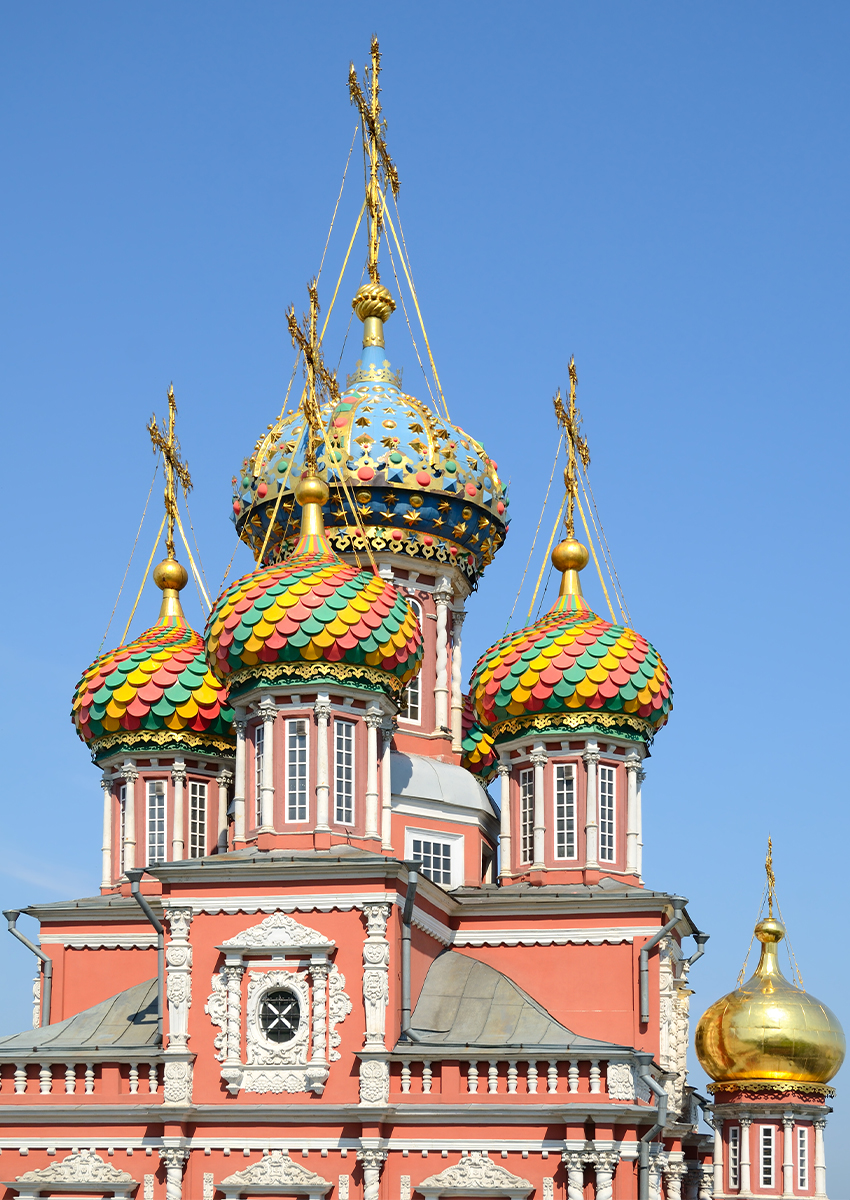 Nizhny Novgorod, which is bisected by the Volga and Oka Rivers, is most known for its majestic hilltop Kremlin, which overlooks the confluence of the two torrents. Although it is clearly the focus of the city's attractions, there is more than enough to keep visitors entertained for a couple of days.

Tourists may enjoy some fantastic museums and restaurants, as well as beautiful views of the surrounding area. You may take a picturesque river trip from here to some of the local villages and towns. 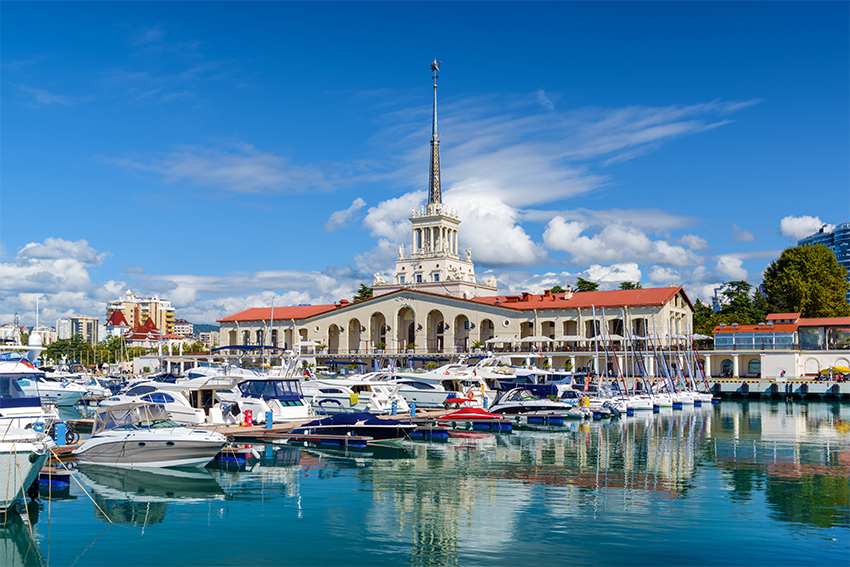 Sochi, which is located on the Black Sea, hosted the 2014 Winter Olympics. As a result, a significant amount of money was spent on enhancing the city's amenities and tourism services. It boasts a magnificent waterfront promenade with some outstanding nightclubs and restaurants, and it is Russia's most famous beach resort. There are also some lovely parks to be found across the city.

While the beaches aren't great, and it may get pricey in the summer, the sea is mild, and Sochi has a pleasant climate. You may visit the Russian Riviera, go trekking in Agoura Valley, or go skiing in the neighboring mountains - where the Winter Olympics were held. 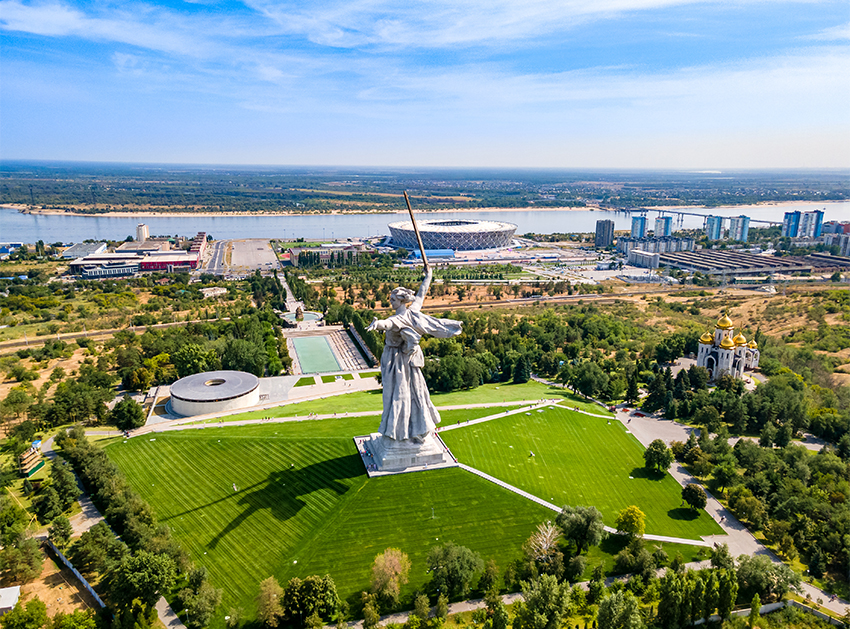 The city, once known as Stalingrad, is notable for being the site of the battle that saw the Russians finally stop the German assault during WWII. The Soviets renovated Volgograd after the war, and the big public buildings and wide avenues that we see today were built to celebrate their victory.

The magnificent monument devoted to their victory is uplifting, although the massive war cemetery just outside the city is sobering when you understand the enormous sacrifices made by the Soviets during the war. Volgograd boasts a beautiful waterfront for visitors to stroll along, as well as numerous atmospheric cafes and good eating venues.

This historic city, which lies on the banks of the Volkhov River, was Russia's first capital in the 9th century. Veliky Novgorod, located on a key trade route between Central Asia and Europe, escaped destruction during WWII, preserving the majority of its amazing monasteries and monuments.

The city's historic core is fascinating to visit, with various old churches — the 11th-century St Sophia's Cathedral is only one of many highlights, along with St George's Cathedral, Russia's oldest monastery. The city's bars and restaurants are ideal places to unwind after a long day of sightseeing because they are steeped in history.