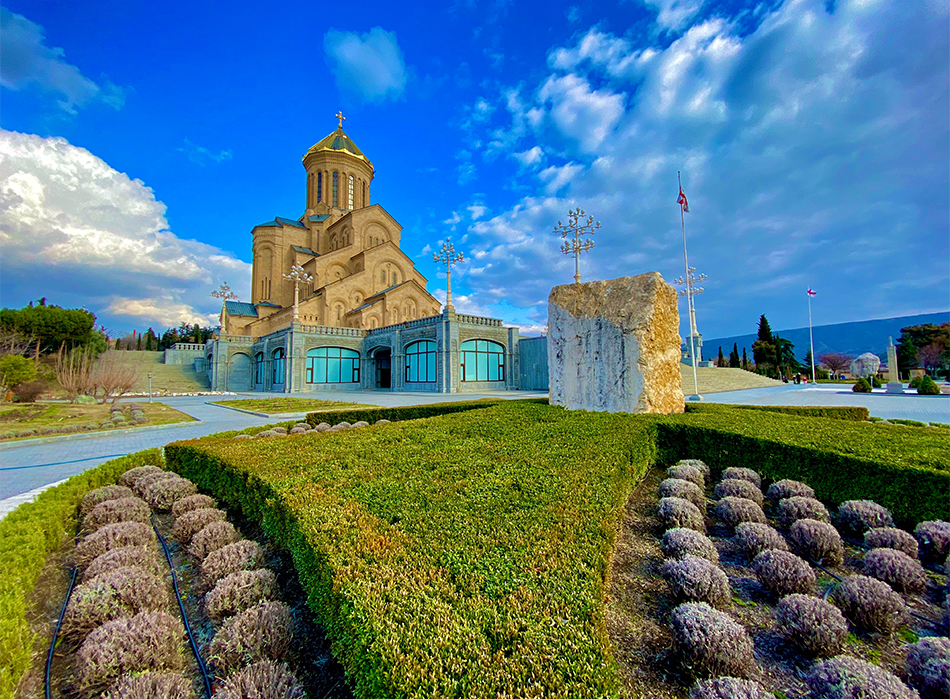 Top 10 Most Popular Attractions in Ethiopia

Ethiopia is one of the African countries that has preserved a vibrant cultural identity. This is visible in the country's old forts, indigenous settlements, and deeply ingrained traditions and customs. Ethiopia is a country with a distinct terrain and culture when compared to the rest of Africa.

Ethiopia not only has a rich history, but it also boasts beautiful natural landscape with craggy mountains, glittering lakes, and even a volcano crater - there is enough for travelers to see and do in terms of natural beauty.

The lakes of the Ethiopian Rift Valley are among the oldest and deepest lakes in the world. They are located between the Ethiopian and Somali highlands. 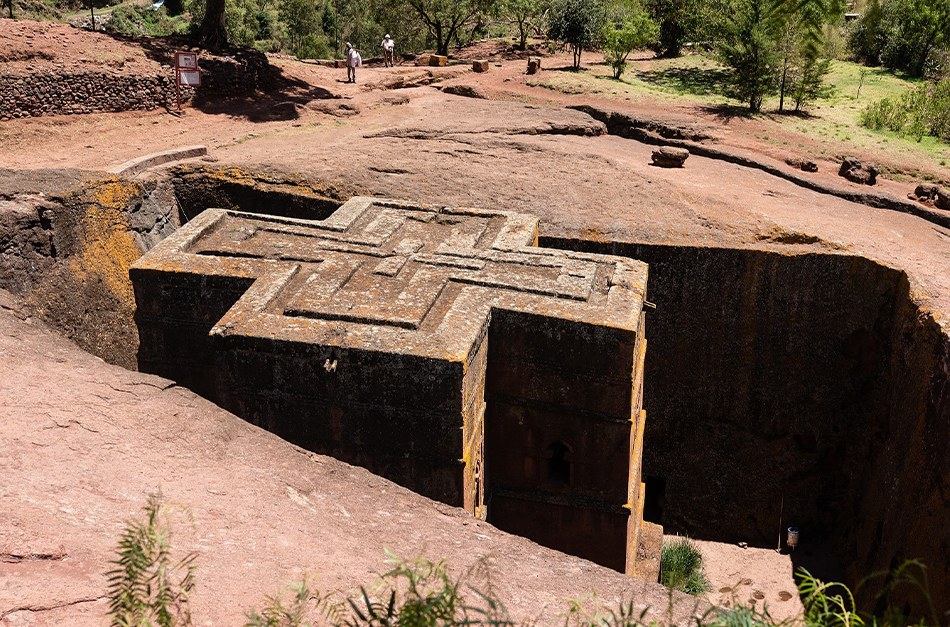 The Lalibela Rock Churches, a UNESCO World Heritage Site in Ethiopia, are located on the rocky plateau of Lalibela in the Ethiopian highlands at an altitude of 2,600 meters, built in the 13th century and consisting of 11 rock churches. annual Gena festival as a pilgrimage site for pilgrims.It has a rich history, and visitors may fully appreciate these treasures when they visit. 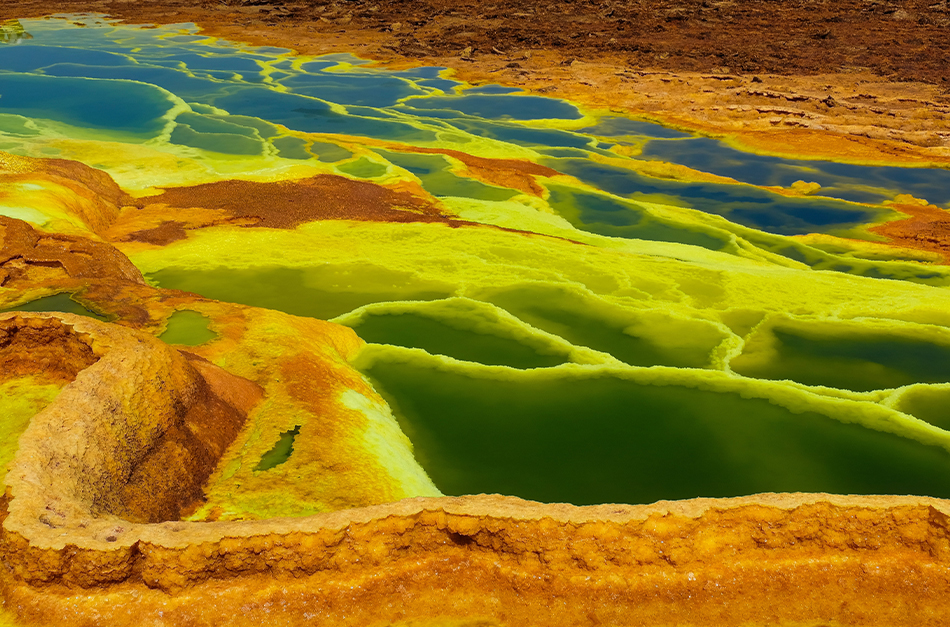 Dalor Volcano is a volcanic cinder cone in Ethiopia's Afar region, located in the Danakil Depression in the northern Eta'aare Mountains. Dalor Volcano has the world's lowest crater at minus 48 meters above sea level.

Unity Park is a very beautiful and clean park with a zoo, Emperor Menelik II's palace, traditional Ethiopian gardens, a great place to see animals and plants with black lions, cheetahs, zebras and many beautiful birds. At the museum you can learn about the history of Ethiopia and see the palace of the former queen.

The place is huge and make sure you have time to visit as there is a lot to see and it is also great for family trips, but remember to buy your tickets in advance.

Although the Blue Nile Falls are not impressive, they are worth seeing for the magnificent rainbow that emerges when there is mist. and the waterfall and rainbow together make for a beautiful landscape.

The travel to the falls, on the other hand, requires time and energy, and viewing is typically best done on a guided tour. There are also motorboats available for rent here. Walking to the greatest vista at the summit is also an option.

The trek to the stunning Debre Damo monastery is arguably as remarkable as the structure itself. It's perched on a massive plateau that can only be accessed by climbing 50 feet along a cliff using thin leather ropes.

It now houses more than 150 monks who are entirely self-sufficient, growing their own food and raising their own animals. Visitors may see life in its most raw and natural form here. However, being one of the most traditional places, it is vital to know that women are not permitted on the ropes and are not permitted to visit the monastery.

Fasil Gebbi is a fortress in Gondel, Ethiopia, that served primarily the Ethiopian monarchs in the 16th and 17th centuries. Fasil Gebbi's building is influenced by Nubian, Arabian, and Baroque traditions. In 1979, it was listed on the UNESCO World Heritage List.

Fasil Gebbi Castle is a good site to spend an hour or two. The castle appears to be intriguing, but there aren't many museums or places to spend a lot of time here.

You will most likely require a guide here to have a more pleasurable trip, and you may take a cab to the castle to hire a guide who will assist you better grasp the history and culture of the location with a guided tour. 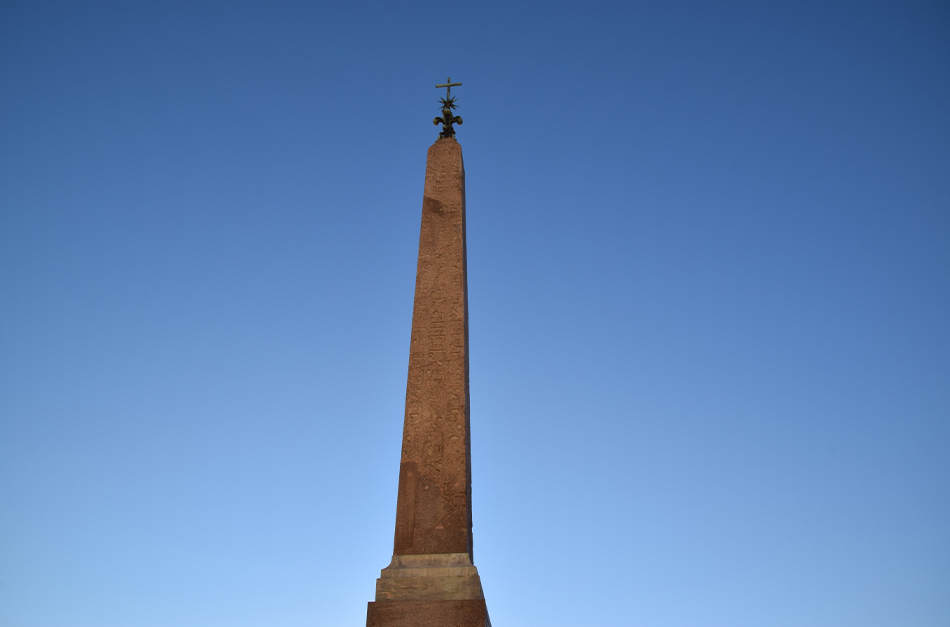 The huge Axum Obelisk is one of Ethiopia's most recognizable sights. It was erected in the 4th century by the ancient kingdom of Axum, but was destroyed in an earthquake in the 16th century. The ruins were eventually discovered by Italian soldiers, who took the parts back to Rome after many twists and turns. And reassembled them in their current location.

If tourists are familiar with the history of the Axum Empire, they will find this location quite intriguing. A few years before Constantine became the Christian Emperor of the Roman Empire, this was the world's first Christian monarchy. There is a vast history prior to it, and if you hire a guide, you will learn about it as well. This is also the location of three biblical philosophers, and frankincense and myrrh are sold here.

It is a shield-shaped volcano located in the Danakil Depression in the Afar Triangle of the East African Rift Valley. It is one of Ethiopia's most active volcanoes. Because to crustal changes in Africa's Afar Triangle, the crust is just 20 km thick and continues to thin, and the Erta Ale volcano is the highest point in this triangle. The Erta Ale volcano, known as a smoking mountain in the Alpha language, is the highest point of this triangle. It is an ancient volcano lying below sea level in the world's most desolate desert. The mountain stands 613 meters tall and features two craters at the summit, one of which has a lava lake.

For tourists, the view of this lava lake is spectacular, and the beauty of the lava river dashing against the rock wall is simply amazing, especially for those who enjoy volcanoes.

However, before you arrive, you may encounter issues on the road, weather, and, after all, appreciating the unique geological landscape is perilous. Tourists may prepare ahead, and if you want to travel more enjoyable and safe, you can select a responsible guide to lead you. 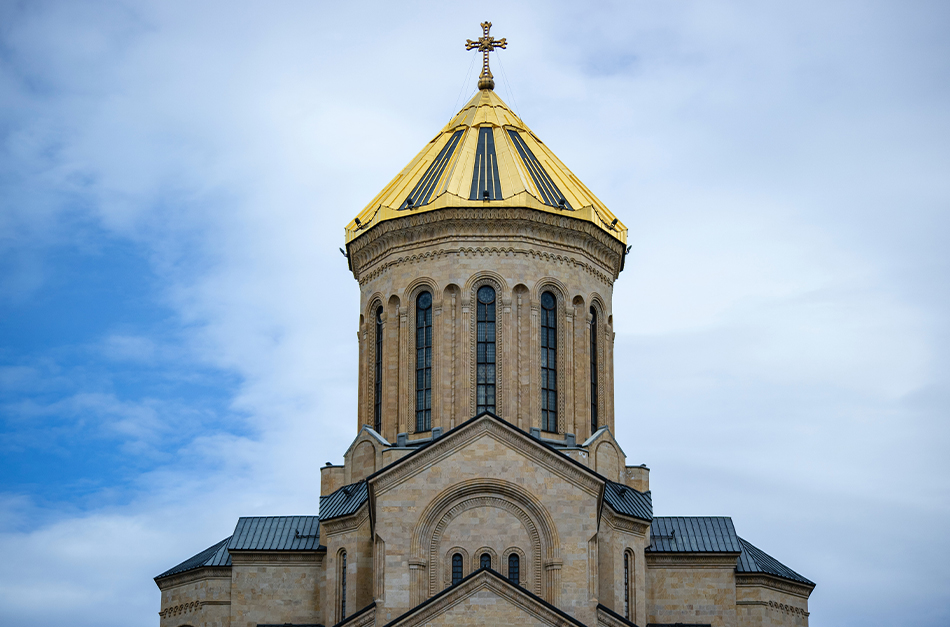 The framework of this building is modest, but the interior, particularly the stained glass windows, is stunning. When you visit, be sure to hire a guide to assist you grasp the significance of the site and enjoy its beauty.