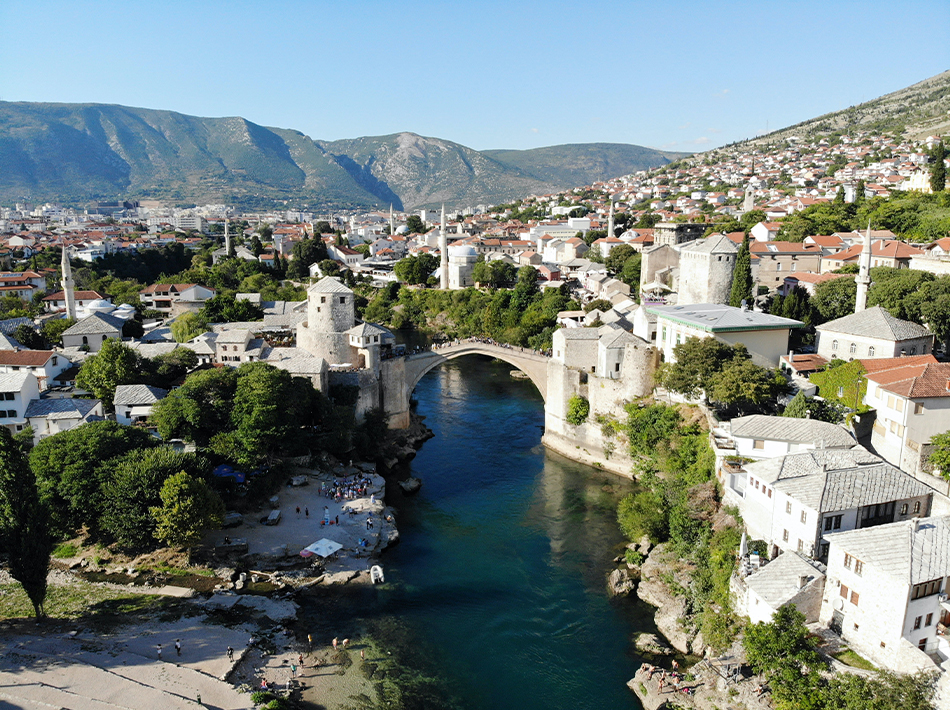 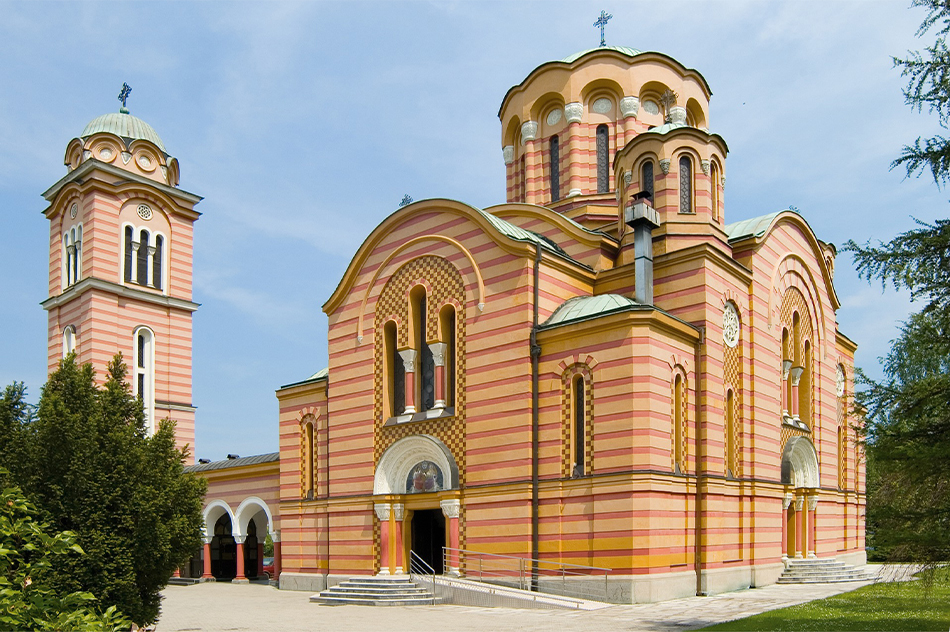 Banja Luka, Bosnia's second-largest city after Sarajevo, is a great spot to stay for a few nights and use as a base for daily travels. Banja Luka is known for its cafe culture (it's claimed that there are 1,000 cafes and bars for a population of about 200 thousand people), and it's the kind of place where you can just sit back, relax, and watch the world go by.

Those who like to walk will find much to do, including seeing the historic Kastel Fortress, which stands firm on the riverfront, visiting the Orthodox cathedral to admire its large, sparkling chandelier, and enjoying the Ottoman architecture of the Ferhadija Mosque. 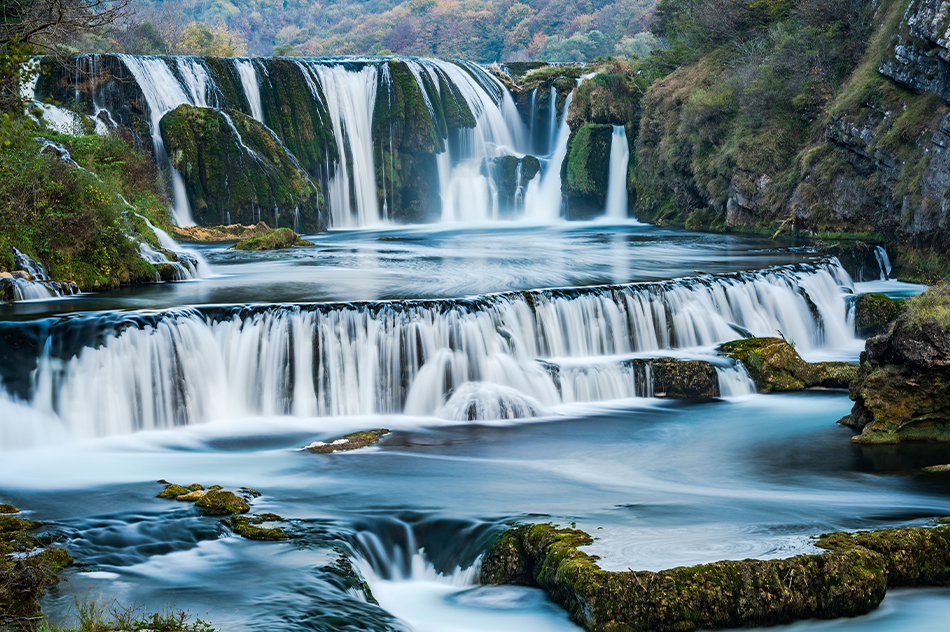 Štrbački buk(Strbacki buk), a stunning 25-meter high terraced waterfall surrounded by viewing platforms where crystal clear water cascades into the swirling pools below, is undoubtedly the highlight of a visit to Una National Park. This gem is so stunning that it outshines Plitvice, making it the park's crown jewel.

But that's not all: the Milancev Buk waterfall, a network of walking trails connecting the picturesque Japod Islands, the Sultan Ahmed I Mosque in historic Kulen Vakuf, and the Serbian-Orthodox Rmanj Monastery dedicated to Saint Nicolas, which has been designated as a national monument, are all worth visiting. 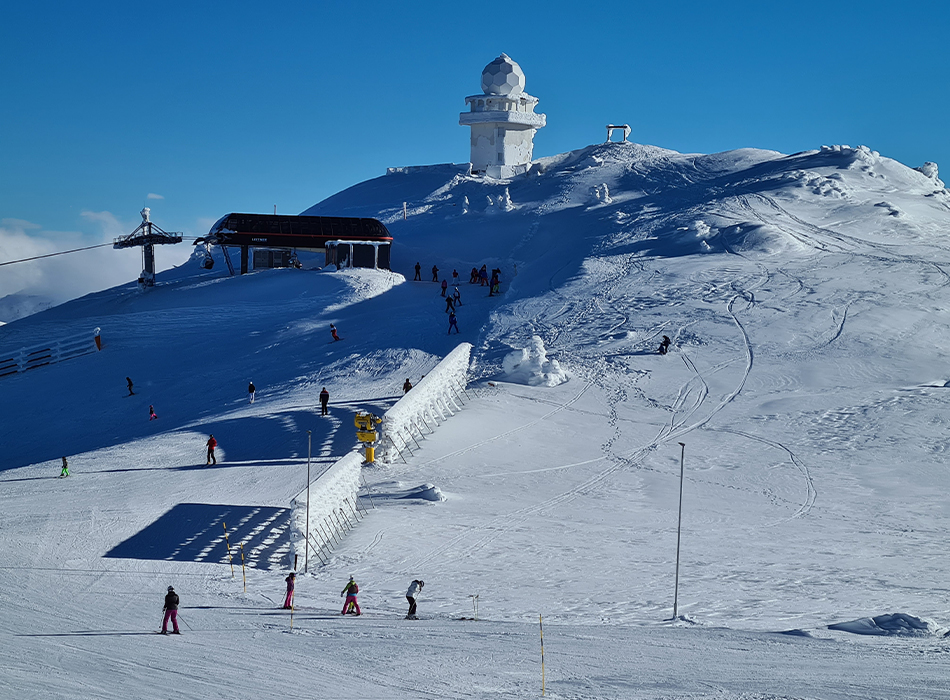 Yahorina attracts snow lovers and summer hikers to its high perch among the pine trees of the Dinaric Alps, the most popular ski resort in Bosnia and former host of the Winter Olympics. Of course, most visitors come here for the lifts and ski runs, which include ten chairlifts and a proposed gondola that will service 30 kilometers of alpine trails. The prehistoric wonders of the hunting lodge and the Olowaka cave system are nearby, and the beautiful town of Pale beckons from the valley below. 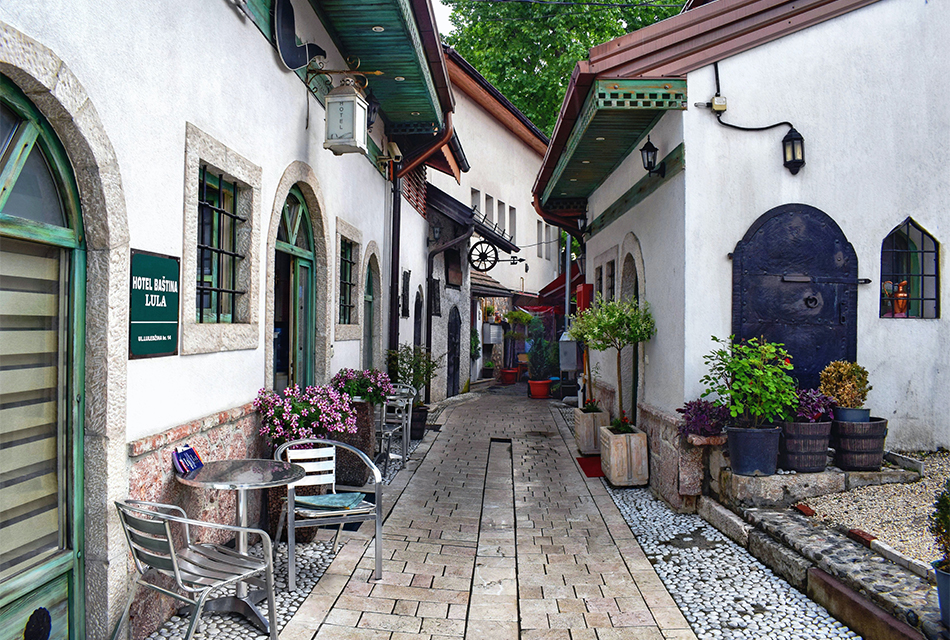 Sarajevo has shed its past reputation as a destroyed war zone, becoming a lively, pulsating, and unexpected European center heading full throttle into the modern-day. The city's districts still have memorials to the dead and killed from the violent conflicts of the 1990s, but there's a renewed confidence and flair running through the central streets, one that reflects true defiance of war's injustices. 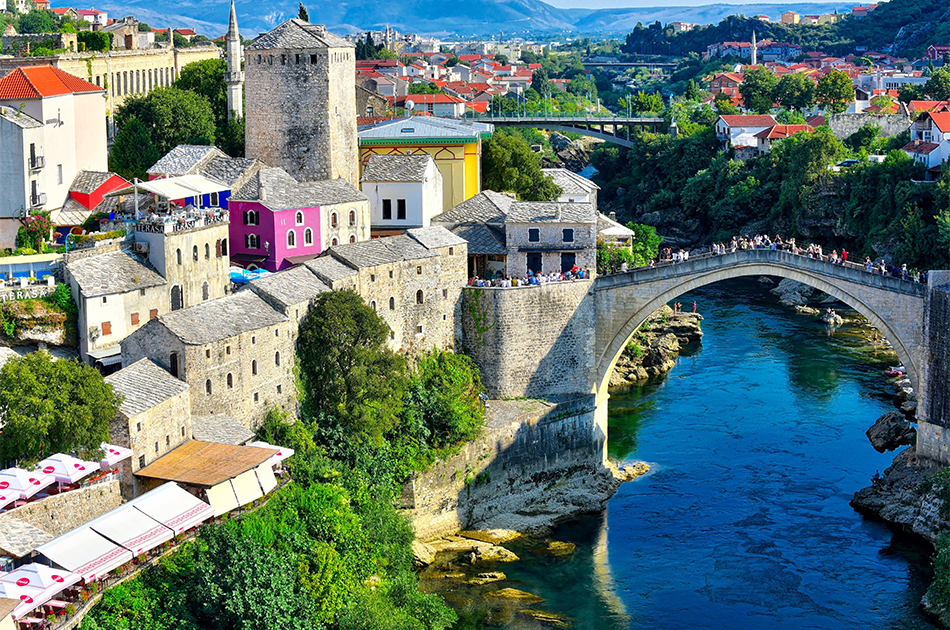 Mostar, one of the Balkan Peninsula's uncontested treasures, exudes Bosnian history from every Byzantine crack, Slavic crevice, and Ottoman facade. The arched Old Bridge spans the Neretva in the town's core, now scrupulously repaired after devastation during the Croat–Bosniak conflict and a bearer of the coveted UNESCO badge. Mostar layers Dalmatian buildings and Franciscan churches, oriental patterns, and arabesque mosques into one wonderful aesthetic around this stone marvel. At the same time, gold vendors barter in the Old Bazaar, and beer drinkers sip lagers on alfresco terraces by the river. 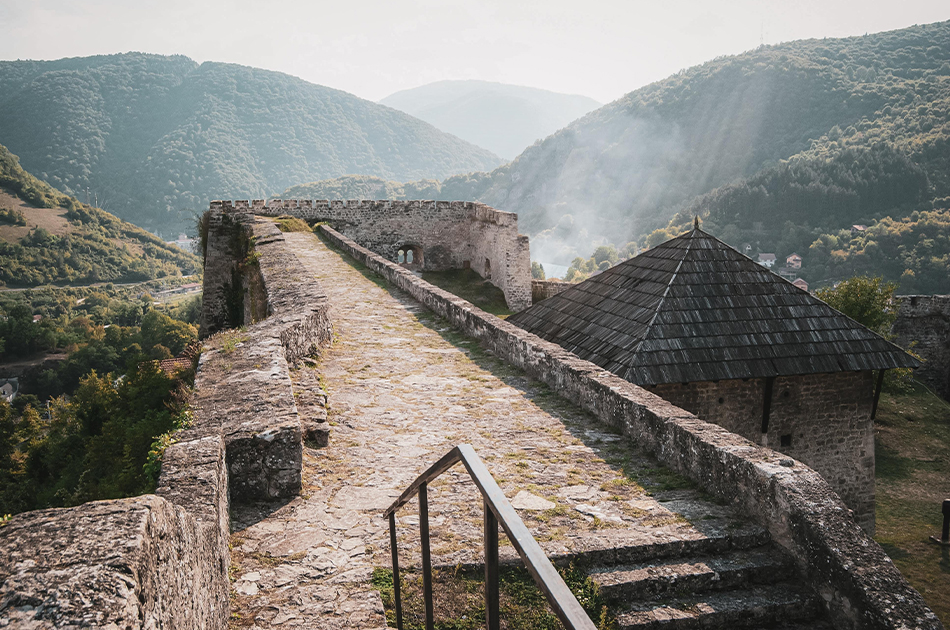 Jajce, indelibly green and bolstered by the thundering waterfalls that tumble down the urban bluffs at its center, is one of the most popular entry points to the lakes and gorges of the lovely Bosanska Krajina region in the north. Back in town, visitors will find a slew of fascinating museums, including the AVNOJ, which chronicles the Yugoslav partisans' World War II resistance efforts, underground catacombs, charming Bosnian-style homes dressed in painted timber, and, of course, the unmissable citadel that sprawls over the town's central hill – a relic of the town's medieval past.

Brcko is located on the northern border of Bosnia and Herzegovina, on the banks of the Sava River, and is home to Bosnia's only significant port. While the town has a smattering of elegant Hapsburg edifices and an endearing blue-collar vibe, the real reason to go is because of its unique position as the country's only self-governing city, where the various factions that were embroiled in the Croat–Bosniak–Serb conflicts only decades ago mix and forge their unique enclave and personality on the edge of the BiH Federation and the Republika Srpska alike. 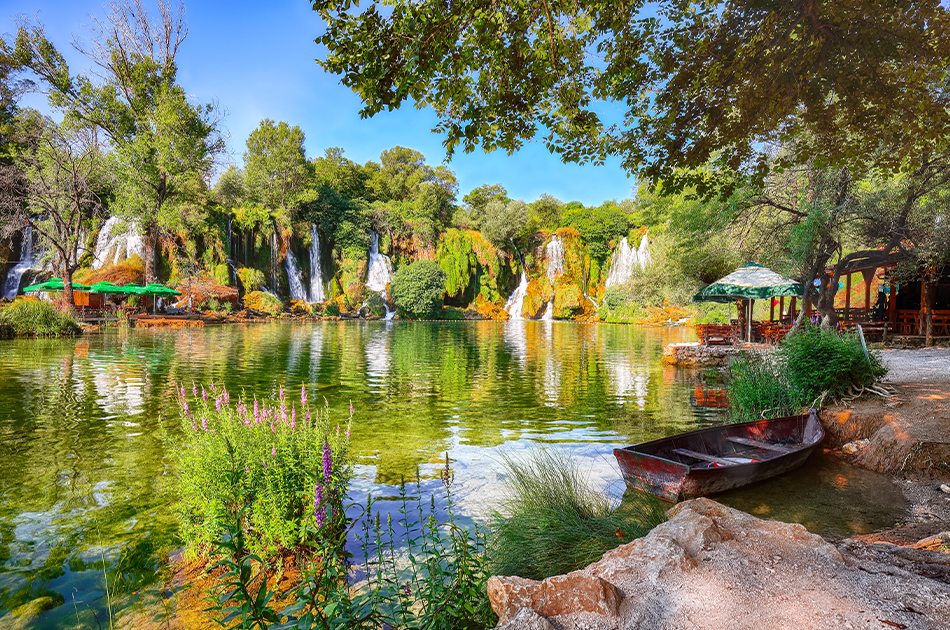 The Kravice Falls, which tumble in innumerable streams over the verdant slopes south of Mostar, is a wonderfully photogenic wonder of Bosnia's backcountry. During the summer, the more than 25-meter-high cataracts draw swimmers and strollers. At the same time, others come simply gaze as the mist rises from the icy plunge pools and raging Trebizat River (daring types may also want to try their hand at the on-site rope swing that can be seen depositing fearless locals into the waters).

Kravice can be reached by car from nearby Ljubuski or by renting a car in Mostar and driving down through the deep fir trees.

Pass Tuzla may not appear to be the most acceptable place to while away your Bosnian days at first glance, and its location in the country's industrial heartland may not seem appealing at first glance, this colorful and confident town is a terrific place to feel the pulse of the genuine, raw BiH. With the start of the Mesa Selimovic event in July, visitors can explore a clean and well-kept old town complete with soaring minarets and stone-clad squares, sunbathe on the edge of curious salt lakes (a remnant of the ancient Pannonian Sea), and attend the country's most prestigious literary festival. 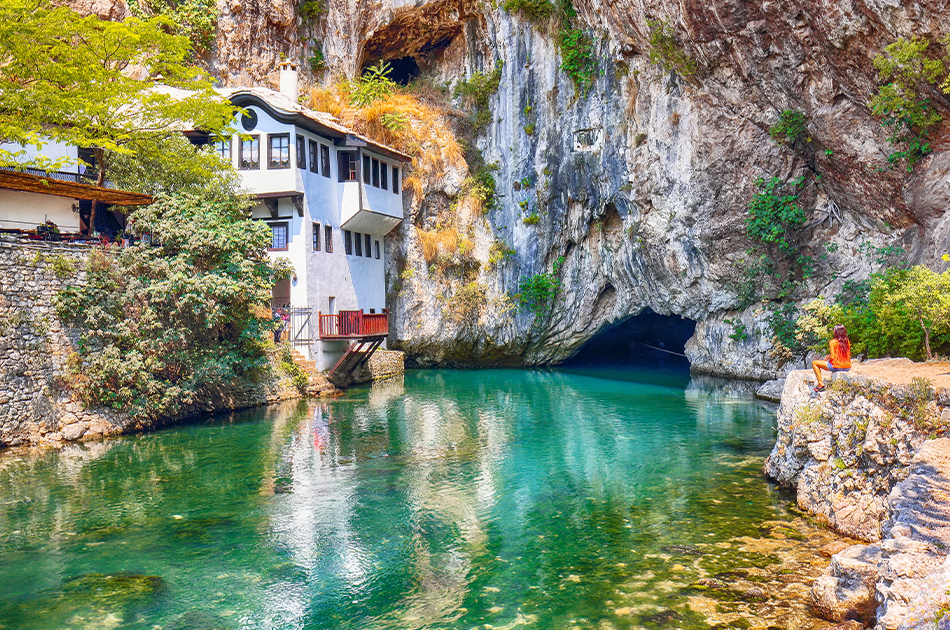 Blagaj is a must-see for anybody visiting Bosnia and Herzegovina. It is located in the depths of a mountainous ravine in the Mostar Basin, just where the Buna River emerges from the subterranean depths below. In reality, the town's most-visited monument is the enormous Sufi lodge of the Tekija, which lies precisely on the brink of the Buna's source and rises in beautiful Ottoman forms. But the town has a lot more to offer. No, sir, there are also exquisite Ottoman mansions and a succession of fascinating Byzantine-style arched bridges and earthy homestays with timber terraces and warm apartments aplenty.