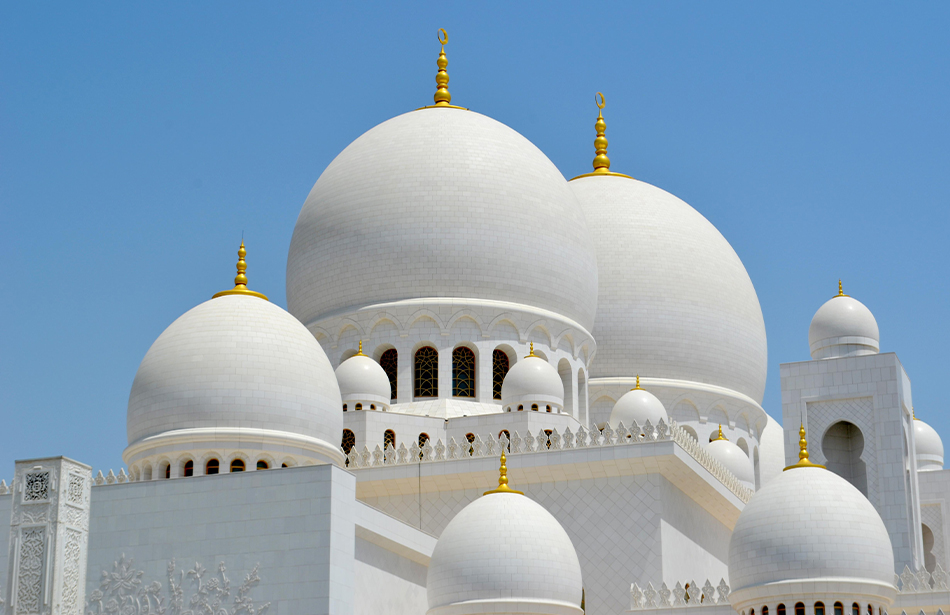 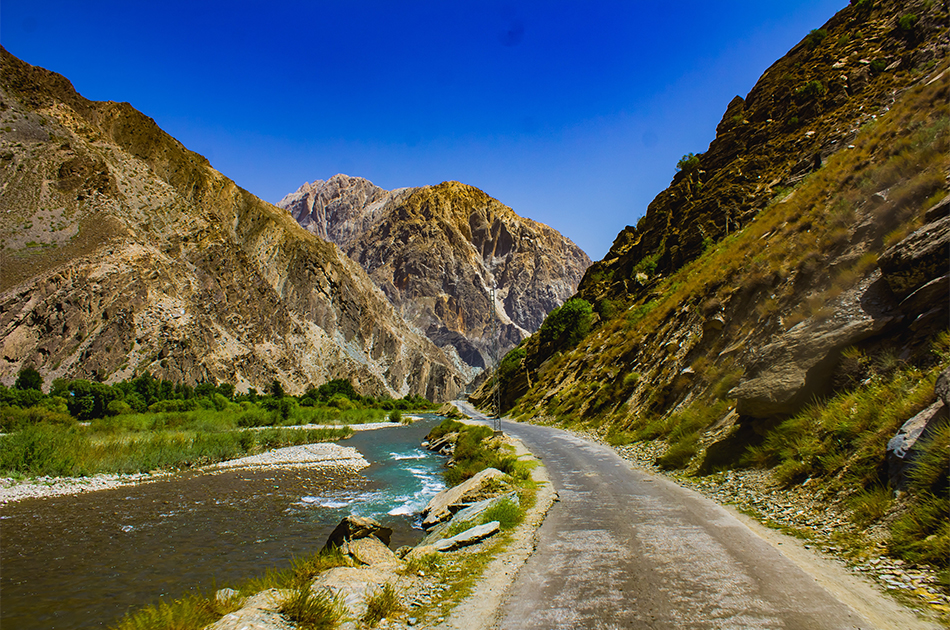 Chitral Town is a lovely village, inhabited by kind and inviting people, nestled within a fertile valley beneath the massive Tirich Mir - at 7,700m the highest mountain in the Hindu Kush. A bustling bazaar, with numerous booths and restaurants maintained by Afghan refugees, runs through the heart of the city, leading to a small airstrip on one end and a polo field on the other. The old mud fort, which was the site of the famous British siege, is still standing near the Shahi Mosque on the banks of the Chitral River.

Chitral has developed its own distinct feel and appeal as a result of being walled off from the rest of the country by steep mountains. 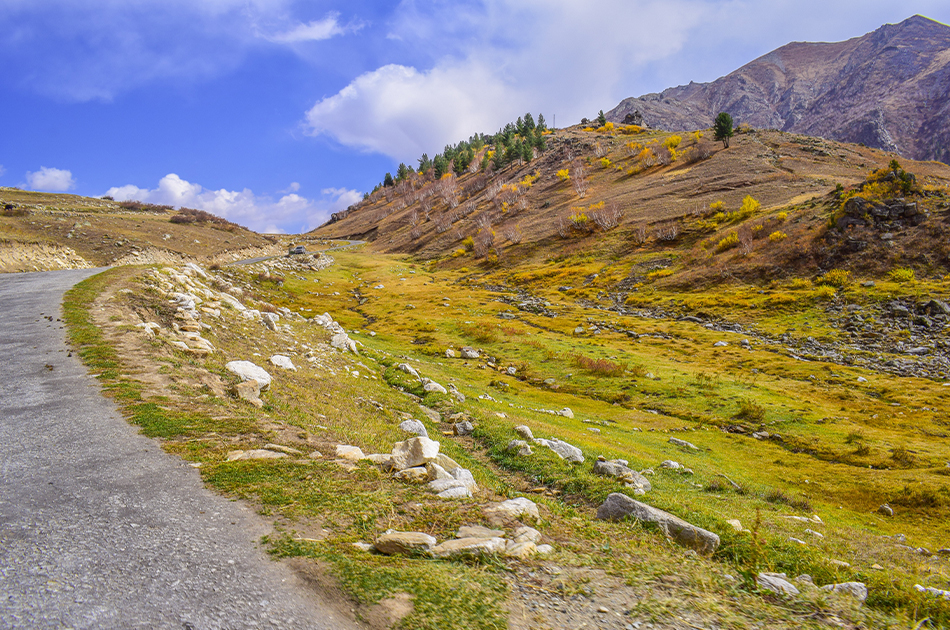 The Deosai Plains, known for its diverse flora and fauna, run along the alpine steppes of the Karakoram-West Tibetan Plateau. Millions of colorful wildflowers flood these lush plains in the spring, attracting a massive army of butterflies to their dazzling petals. It is the world's highest plateau, spanning about 3,000 square kilometers and bordering the Karakoram and western Himalayan peaks. Its exceptional biodiversity has earned it the title of the national wilderness park. The park was created to protect the Himalayan brown bear, but it now also houses golden marmots, snow leopards, and massive flying lammergeiers. 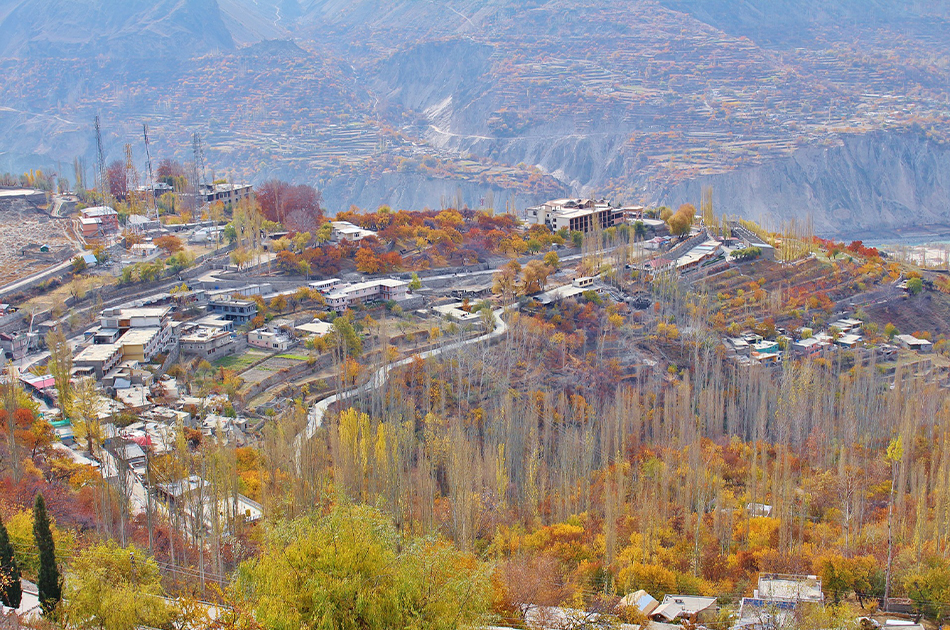 Hunza is located on the ancient Silk Road to Kashgar, and the Karakoram Highway follows the same path today, with Karimabad serving as the region's capital. This little mountainous territory was a semi-autonomous state until recently, but it is now fully integrated with Pakistan. It is one of Pakistan's most beautiful regions and is named after Prince Karim Agha Khan, the spiritual head of the Shia Ismaili Nizari group. Cricket, Pakistan's national sport, is frequently played in the streets, and because Pakistanis are known for their friendliness and hospitality, you may be invited to bowl a few overs. Burushaski is the primary language spoken here, while English and Urdu are also spoken. Ismaili Muslims make up the bulk of the population in the region. 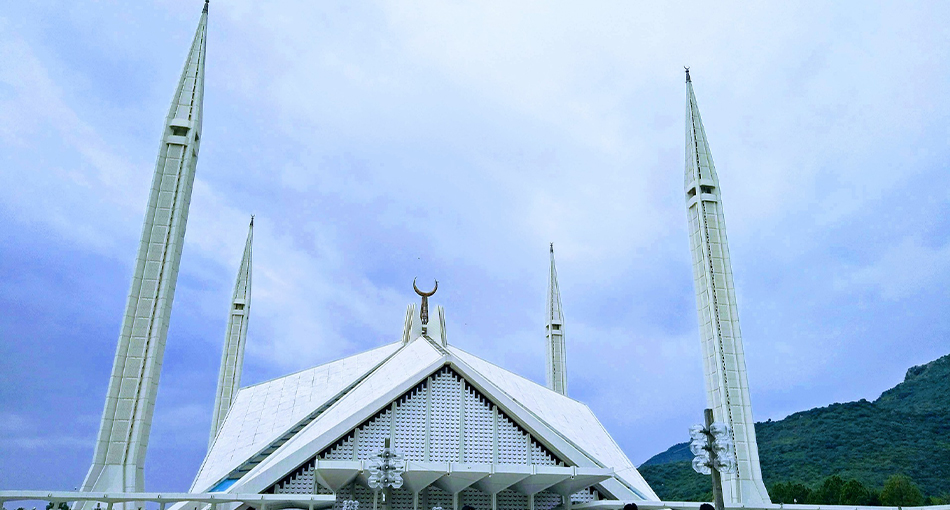 Pakistan's capital, Islamabad, has been in place since 1967 when it was relocated from Karachi. Islamabad, as a relatively young city compared to others in the country, suffers from being somewhat sterile and characterless, and in all honesty, is mostly used as a gateway to the rest of the country, but it is a good place to visit the bustling bazaars of Rawalpindi and the Buddhist ruins of Taxila, and it does have some interesting sites such as the Faisal Mosque. As Pakistan's capital and diplomatic hub, it also houses some of the country's finest hotels and restaurants.

Karachi, Pakistan's most populated and cosmopolitan metropolis, is located on the Arabian Sea's shores. It originated as a fortified colony in the early years of the 18th century, before moving on to play a prominent part in British India before Partition. It is now home to two of the country's busiest seaports. It is now known as one of Pakistan's most liberal and ethnically diverse cities, and it is home to a number of major museums and shrines, including the National Museum of Pakistan, Muhammad Ali Jinnah's Mausoleum, and Abdullah Shah Ghazi's Shrine. The Shah Jahan Mosque in Thatta, a UNESCO World Heritage Site, and Makli Hill, one of the world's largest necropolis sites, are both a short distance from the city. 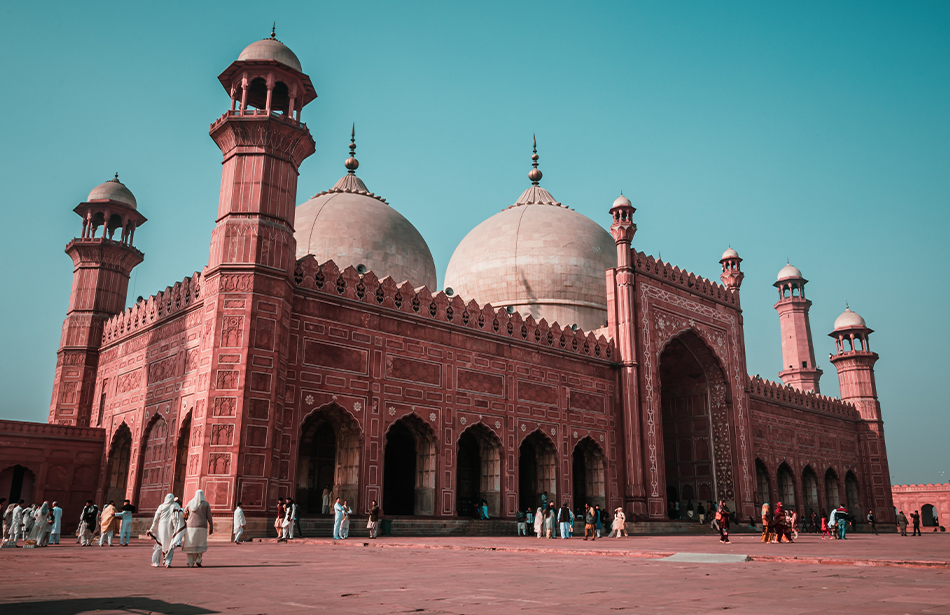 Aside from its numerous well-known historical landmarks, this city, Pakistan's second-largest, is also famed for its exquisite gardens, which were created during the Moghal Empire and the British Raj. Its faded grandeur, bustling alleyways and bazaars, and diverse Islamic and British architecture create an aura of contrast and surprise. When the inhabitants of Lahore wish to emphasize their city's distinctiveness, they simply remark, "Lahore is Lahore." For a thousand years, it was the traditional capital of Punjab and the cultural center of Northern India, stretching from Peshawar to New Delhi.

Larkana is home to the historic site of Mohenjo-Daro, which was once one of the major settlements of the Bronze Age civilization that occupied the Indus Valley circa 2500 BC and has a millennia-old history. The city, which sits on a rich plain historically known as the "Garden of Sindh," has been better renowned in recent years for its ties to the powerful Bhutto family (Zulfikar Ali and Benazir Bhutto are both buried here). Visitors are drawn to the site because of its ancient predecessors, particularly the surrounding setting of Mohenjo-Daro (Mound of the Dead). The site, which once housed the most advanced metropolis of its period and covered 300 hectares, is now regarded as one of the best-preserved urban settlements in South Asia

Multan's history may be traced back to antiquity among the rich plains nourished by the Chenab River's waters. It was formerly one of the most significant commerce centers in ancient Islamic India, besieged by Alexander the Great and conquered by the Arabs under Muhammad bin Qasim in the 8th century. During the 11th and 12th centuries, it became a magnet for Sufi mystics from all over the region, earning it the moniker "City of Saints." It now has an incredible number of Sufi shrines, including those of Bahauddin Zikria, Shah Rukn-i-Alam, and Shams Tabriz, the latter of whom is thought to have been Rumi's spiritual teacher.

The streets of ancient Peshawar – notably around Qisa Khawani, the storyteller's bazaar – are a swirling mix of color, ethnicities, races, and creeds, just like many of the subcontinent's busy bazaars, but on a vast scale. The jewelers don't have stalls next to the textile merchants, nor do the leather vendors have stalls next to the vegetable sellers; the merchants have their own bazaars all to themselves, crammed into the dark alleyways. It's a raucous town brimming with life and energy, evoking the era of The Arabian Nights. It is pure joy for the traveler to roam the streets, lost in this completely different world. 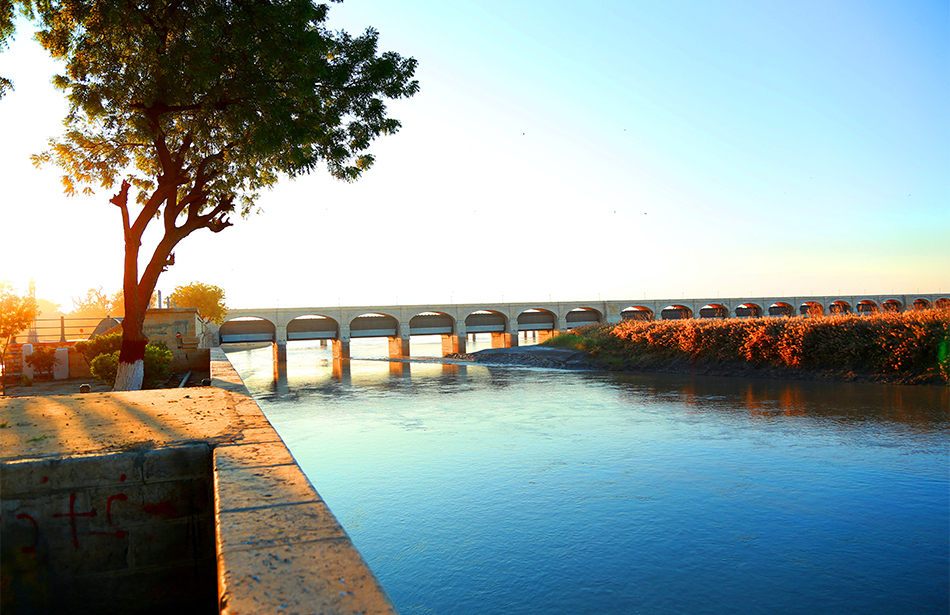 The strategically significant city of Sukkur, located on the western bank of the Indus River, has been at the heart of trade in this region since time immemorial. With a history dating back to before Alexander the Great's arrival in 326 BC, the city has absorbed the effects of the Umayyads, Mughals, and British over the years. The current city was founded under the patronage of the British, under the leadership of Sir Charles Napier. The majestic Sukkur Barrage, erected between 1923 and 1932 and still the world's largest single irrigation network of its sort, is one of its most impressive structures from that period of British rule.