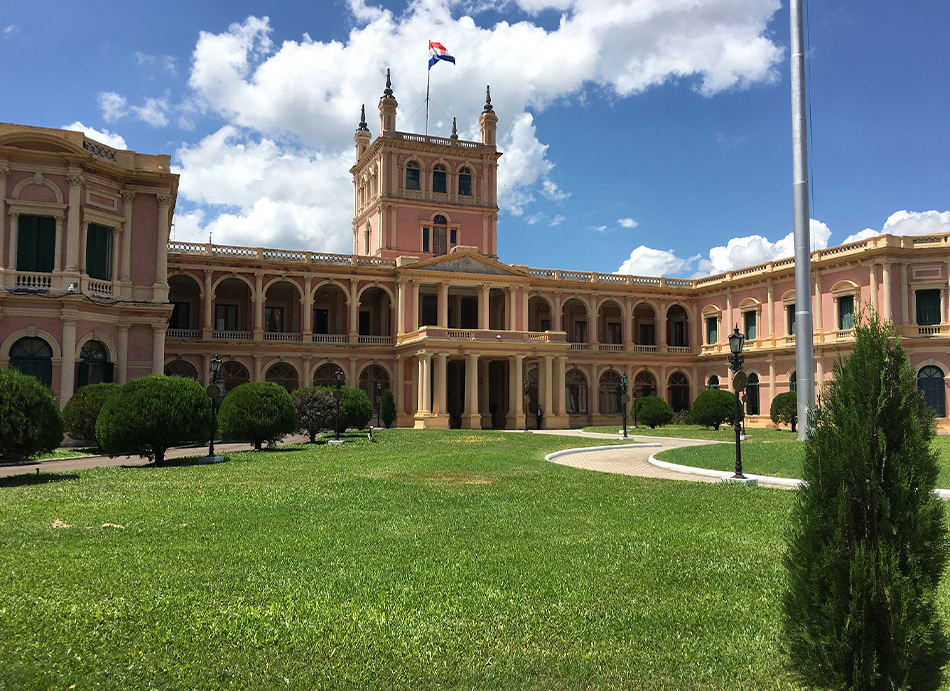 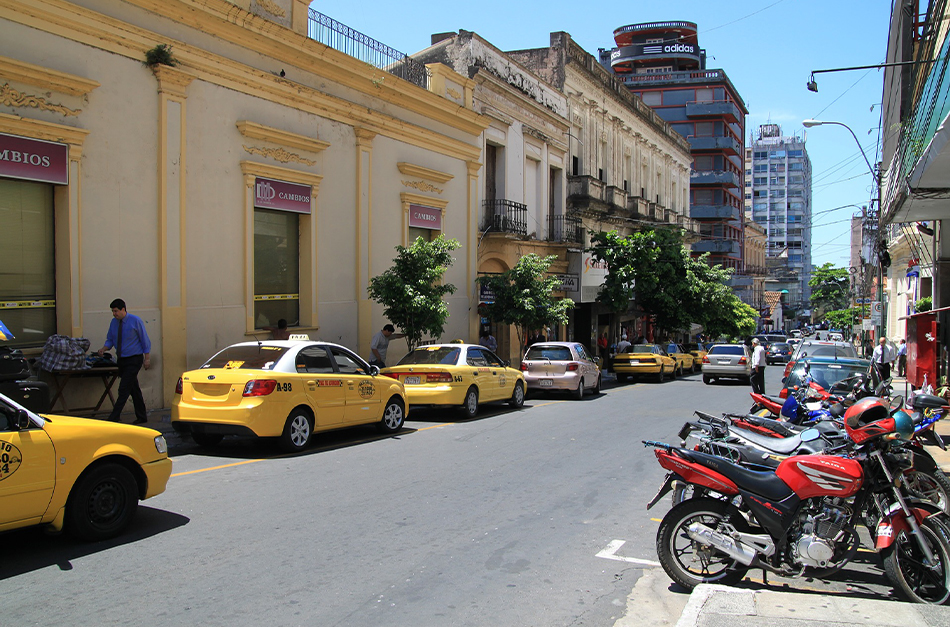 Asuncion is the pounding political, economic, and cultural heart of modern Paraguay, with a population of over two million people. The downtown area clings to the eastern banks of the Paraguay River, which meanders around the downtown area on its way to the west, near the border with Argentina.

The 'Pearl of the South' lies carefree on the banks of the Parana River, luring Asuncenos (people from the capital) with the promise of pristine riparian beaches and the country's most up-and-coming boardwalk boulevard throughout the summer. The best sands are situated near the end of Curupayty, where they are maintained and managed, and where bikini-clad fashionistas and sunbathers mingle.

Jet skis zip through the meanders of Parana, below the gleaming high-rises of the city's all-new residential suburbs across the bay, demonstrating the popularity of water sports. When you've had your fill of relaxing, head to the UNESCO-listed Jesuit ruins on the outskirts of town for a dose of culture.

This teeny-tiny nature reserve is certainly one of Paraguay's most dramatic and magnificent backcountry areas. It covers a large stretch of undulating savannah and highland landscape, where strange hills rise above the waving grasses and insects buzz around the shuffling carapaces of armadillos, despite the fact that it was only recently found.

Muralia Peak is a terrific spot to start, with expansive views of the region's arid woodlands and plains, as well as intriguing cultural contacts with indigenous tribespeople and a smattering of cryptic ancient petroglyphs to pique your interest.

The markets of Ciudad del Este extend out along the Parana River's courses, the noises of Middle Eastern hagglers and Taiwanese electronics hawkers booming between the rows and rows of glowing electronics and branded clothing, much like a Moroccan bazaar.

There's a reason why this unabashed heart of the Paraguayan black market is dubbed the 'Supermarket of the Americas,' sir. Thousands of Brazilians visit the town every day in search of deals among Camilo Recalde's emporiums, while visitors usually make a beeline for the Itaipu Dam, another of Paraguay's key economic generators.

At Ybycui National Park, a small and tightly knit protected area of what's left of the Upper Parana Atlantic Forest, capuchin monkeys swing across the canopy while howler monkeys mount the tree trunks. Most visitors drive the 150-kilometer journey directly from the city, anxious to view the magnificent waterfalls that tumble down in steps and plunge pools through the rocky undergrowth of the woodlands.

The ruins of an old iron foundry, where the hard-fought Paraguayan War armies previously manufactured artillery and explosives while hiding in the hills, are another attraction.

In the early 1600s, this small backwater village nestled in the shadow of the bulbous cliffs and rocky hills just south of Asuncion began as a Spanish mission intended as a settlement location for the Guarani locals. Today, the beautiful church built by Europeans to make its mark on the land still stands on the verdant plains where it did centuries ago.

It's one of the best specimens of the Franciscan heritage in the country, and it's a great cultural complement to a visit to the adjacent Gaspar Rodriguez de Francia Museum, which is housed in the former residence of the Paraguayan dictator and is just down the road. 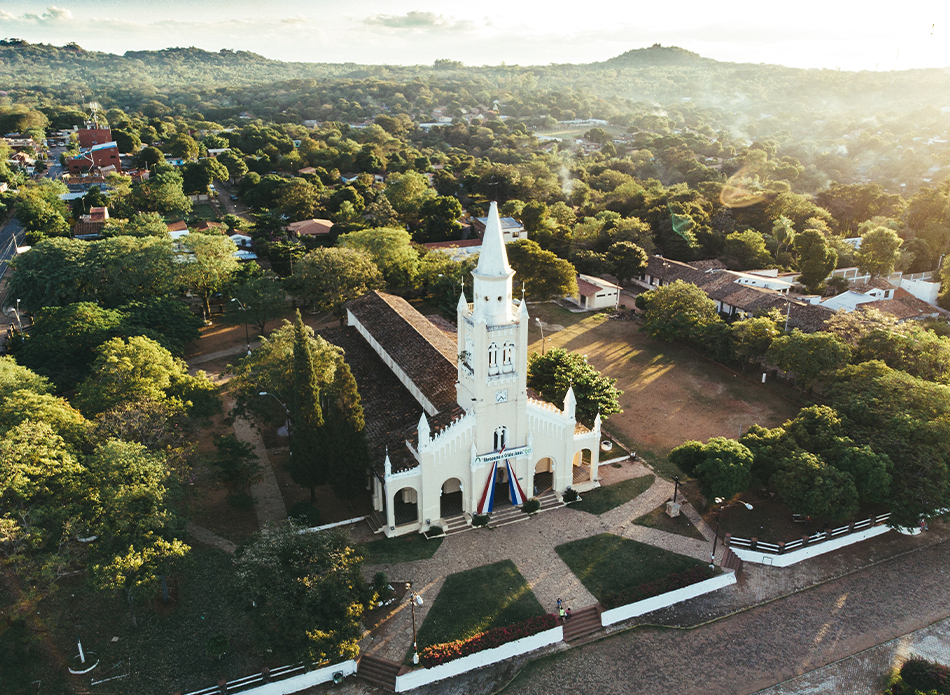 Little, lakeside Aregua, just a short drive from the heart of Asuncion's bustling downtown streets, and now almost contiguous with the capital thanks to the capital's relentless expansion of its outer suburbs is a great place to go to get away from the heat and energy of Paraguay's only real metropolis. Travelers can expect a charming network of cobblestone lanes and alleyways where colonial Spain's remaining facades still stand strong.

All of this is set against the sky-blue waters of Ypacarai Lake, where sailboats and ferries bound for San Bernardino are constantly bobbing. Then there are the intriguing hexagonal geological formations of the Koi and Chorori hills, which rise just beyond the city limits.

The small city of Itaugua, known for its distinctive tribal art and traditional Paraguayan folk music scene, is a terrific destination to spend a few days while you travel into the heart of South America. Its inner alleyways are lined with swaying, shady eucalyptus trees, and there are a plethora of workshops selling nanduti, a beautiful and intricate style of Paraguayan needlework that originated in this region many years ago.

Meanwhile, on the outskirts of town, the imposing hill of Cerrito provides views, and a scattering of colonial mansions provides a glimpse into Itaugua's deeper, Spanish-influenced past. 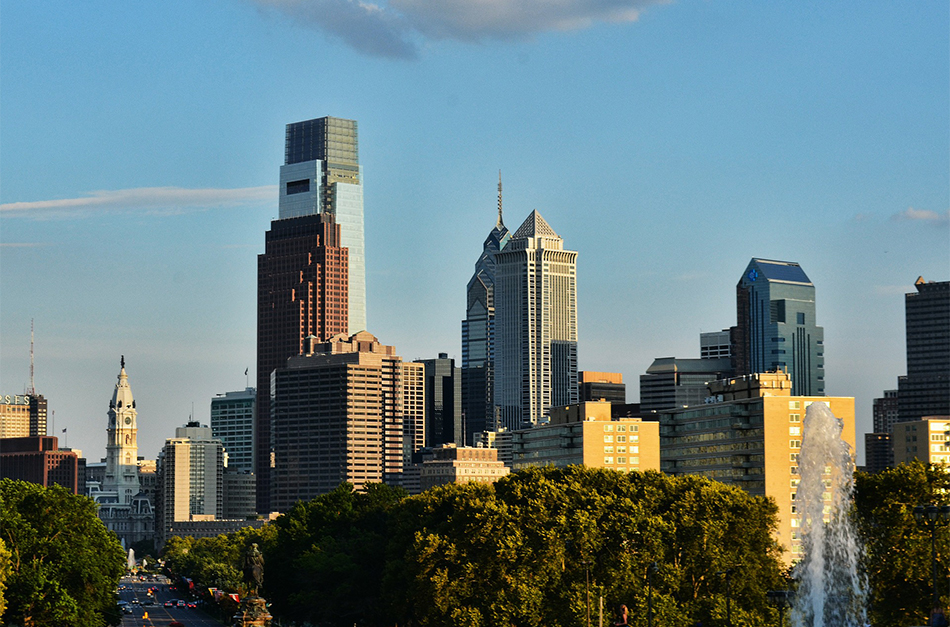 Filadelfia is located on the edge of the Gran Chaco, where the Region Oriental's woods and undulating hills give way to the vast boreal plains that define the continent's center. What distinguishes this remote hamlet – dubbed the "Capital of the Chaco" – from the modest southern settlements of Aregua and Itaugua.

However, the intrigue does not end there. Filadelfia is also German-speaking, and the Fernheim Colony, a transplanted Mennonite community that escaped Stalinist Russia in the 1930s, calls it home. Add in a dairy farm and an earthy agricultural ambiance, and you've got yourself a wonderfully unique location right in the heart of America!

San Estanislao, named after a Polish saint, was founded by Spanish Jesuits to convert the native Guarani Indian peoples of San Pedro in central Paraguay and has been infused with the cultures of immigrants from Italy, Germany, and Eastern Europe over the last two centuries. It's like the country's history written small. Tobacco production grew in popularity in the 1800s, but today the principal crops grown in the surrounding areas are soy and pulses.

Travellers can visit to see the gorgeous tree-lined plazas and soak up the bucolic atmosphere, all while meeting a vibrant population of students with beers in hand in the evenings.