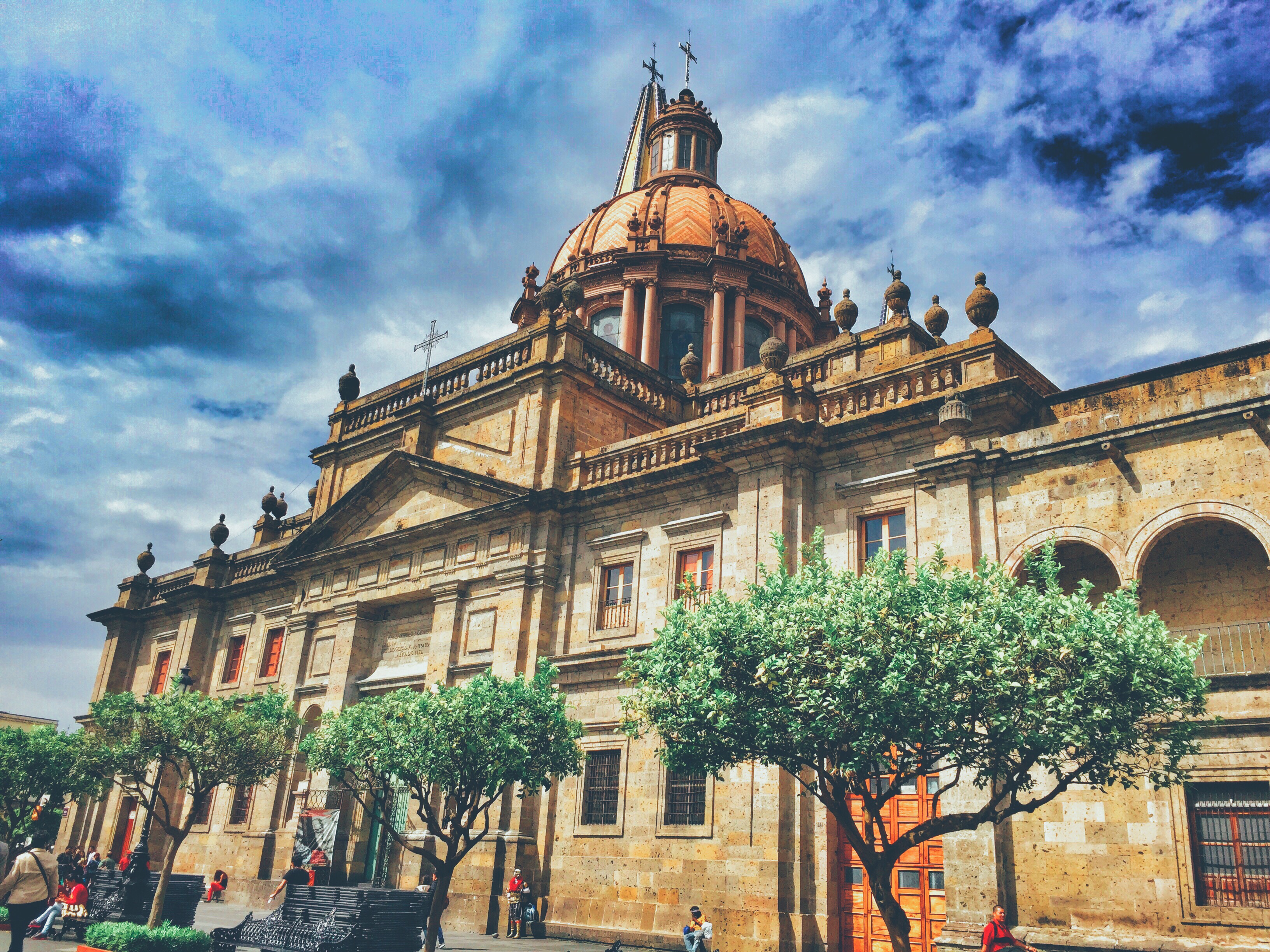 The National Museum of Anthropology is the most important museum in Mexico and even in the whole of Latin America, and also has a high status in the world's anthropological museums. The museum itself is also a model of modern architecture in Mexico. The museum has 23 permanent exhibition halls, one temporary exhibition hall, and two audition halls. The first floor is an exhibition hall that introduces various ancient civilizations in the pre-Hispanic period, and the second floor presents the life and culture of today's aboriginal people. It takes about three full days to visit the entire museum in detail. The exhibition hall most frequently visited by travelers is the Aztec Hall, which goes straight from the entrance, where the most famous exhibits of the Aztec civilization are displayed, such as the Sun Stone (Piedra del Sol), the Olmec Head (Cabeza Olmeca) and so on.

There is a beautiful garden behind the museum, with trees and various replicas of significant Indian monuments on display, which is a great place to take pictures. If you are tired of shopping, you can also take a break with your friends under the garden’s shade, which is very pleasant. In addition, near the National Museum of Anthropology, you can also watch the traditional rain prayer ceremony of the local Indians. 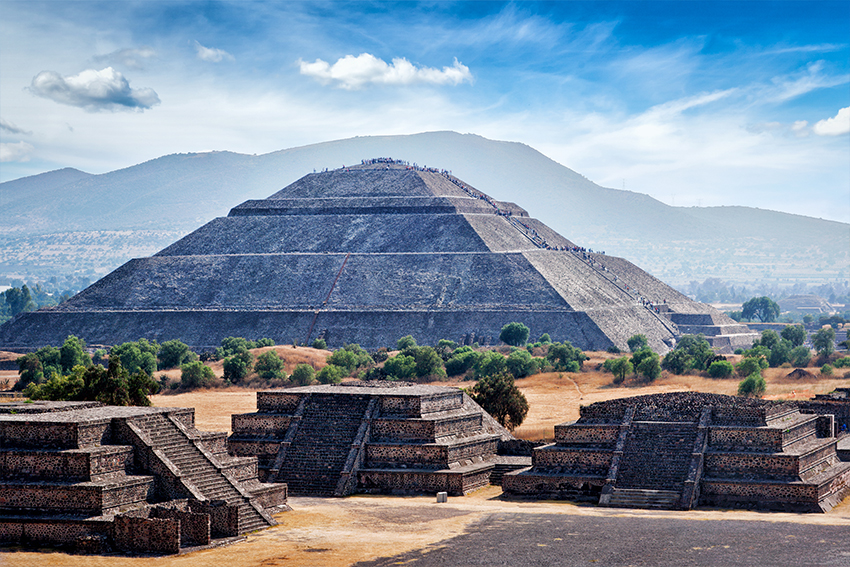 The Pre-Hispanic City of Teotihuacan is home to the famous Pyramid of the Sun（Pirámide del Sol）and the Moon (Pirámide de la Luna). It is located in the state of Mexico, 50 kilometers northeast of Mexico City. It is an essential site of ancient Indian civilization. However, unlike the pyramids of Egypt, the pyramids of the ancient Indians were not tombs but were used for sacrifice or divination. The Teotihuacan civilization originated around 200 BC. However, the origin of the Teotihuacan people is still a mystery that has not been clarified so far. Therefore, the construction process of the Sun and Moon Pyramid is also full of fog, leaving future generations. A lot of room for imagination. 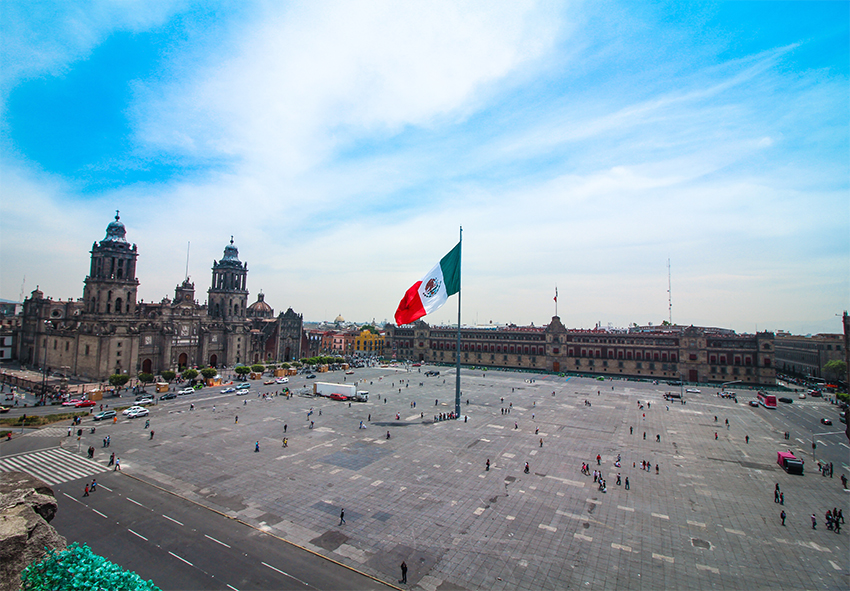 "Zócalo" means central square. It is one of the largest squares in the world. The enormous Mexican flag flutters in the center of the vacant square, which contrasts well with the blue sky and white clouds. Every day at 8:00 and 18:00, flag raising and lowering ceremonies are held here, attracting many curious travelers. This is the heart of Mexico City, a noisy, crowded, and colorful place that hosts book fairs, cultural events, and parades of all kinds. Many people dissatisfied with the government often use loudspeakers to read out their views on current affairs in the square. Even if there is no audience around, they still speak for themselves. Many people wear traditional Indian national costumes near the court—folk artists performing ancient dances.

The National Palace is the seat of Mexico's administrative institutions, located east of the Plaza de la Constitución. Construction began in 1522, and it was restored several times until the 1930s when a fire destroyed much of it. Originally the private residence of Spanish conquistador Hernán Cortés, the Palais de la Nationale later became the residence of the Governor-General during the period of New Spain. Today is the nominal office of the President. However, the president does not usually work here and only shows up for large-scale conferences and celebrations.

The National Palace is separated into two areas: the office area for government officials and the sightseeing area for the public to visit.) the museum. On the wall in front of the main staircase are frescoes by the famous Mexican artist Diego Rivera, which took 22 years to complete and vividly show the historical evolution of Mexico from the pre-Columbian period to the present. Diego Rivera's paintings are full of colors and strong emotions. Reading his paintings is equivalent to reading a Mexican history full of blood, tears, and laughter. Of course, we recommend that travelers learn a little about the history of Mexico before traveling, and I believe that seeing these murals will have a more profound feeling. The streets near the National Palace are very crowded, and there are many pickpockets mixed in. It is not exceptionally safe. We highly recommend that travelers not wander around after the visit but return directly to Constitution Square.

Shortly after deconstructing the Aztec Templo Mayor to display the Spaniards' complete mastery of the Americas' land and spirit, Hernán Cortés authorized the builders to use King Carlos I of Spain and Pope Clement VII to erect the main chapel on the Aztec temple's rubble. Because the church was too tiny, King Felipe II of Spain ordered it dismantled and rebuilt in 1552. In 1571, in the presence of the governor and bishop, the foundation stone was laid for the new cathedral. This is the largest Catholic church in Latin America. Because it has been repaired and built-in different periods, it concentrates on different architectural styles such as Renaissance, Baroque and Neoclassical. When you walk into the church, you can tell that the eyes are golden. The chapels, organs, and altars are all ornately decorated. The Spaniards a hundred years ago were still brazenly showing off the gold and silver treasures they plundered from America.

The Great Temple Pyramid was one of the main temples of Tenochtitlan and was dedicated to the rain god Tlaloc and the war god Huitzilopochtli. According to legend, the gods told the Aztecs that if they saw an eagle with a snake standing on a cactus somewhere, this was their home. The Aztecs saw this scene here and built the later Great Temple here. The temple’s construction is divided into seven periods, and each period is separated by 25 years, symbolizing a new life every 25 years. Spanish destroyed the Great Temple colonists in 1521 and is now in ruins. However, its museum is very worth visiting. It exhibits and introduces archaeological discoveries, excavated remains, Tenochtitlan models, etc., which fully display the ancient Aztec civilization.

At the beginning of the famous movie 007:Specter James Bond and his girlfriend wear skull masks, enter a fancy hotel hand in hand, and jump out of the window to chase their enemies. The hotel scene in the movie was shot in the Idul Peter Pavilion. The Idur Peter Pavilion was built in the late 18th century and is named after its owner, Idur Peter (who lived here from 1821-1823).

This building has three floors. It is one of the most characteristic private residences in the Mexican colonial period. It is now used as the Palacio de Cultura Banamex, where contemporary art exhibitions of distinctive styles are often held. Take a tour. 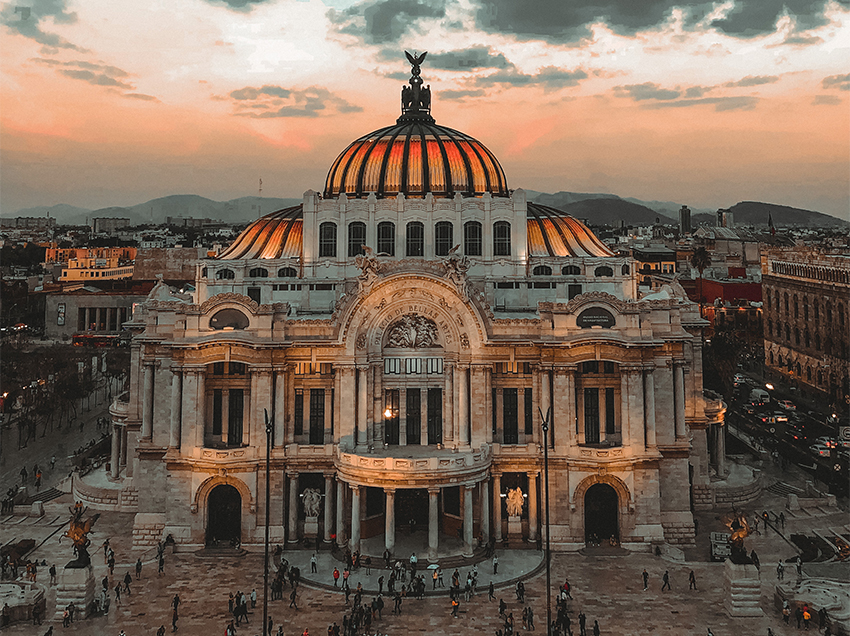 The Palace of Fine Arts was built in 1904 and took 30 years to complete. This magnificent marble structure holds a museum dedicated to Mexican culture and art, as well as one of the best concert halls in the world. It frequently includes temporary exhibitions of other globally famous artworks, as well as a range of music, theater, and dance acts, in addition to the frescoes of renowned Mexican artist Diego Rivera. The fourth-floor National Architecture Museum (Museo Nacional de Arquitectura) charges an extra fee. The exterior of the Palace of Fine Arts is designed in the neoclassical and Art Nouveau traditions, with dynamic and atmospheric architectural lines, just the right amount of decoration, and great flair. It is also a spot where many Mexicans meet and meet because of its convenient transit and eye-catching buildings. Many people can be seen.

The Via Reforma was built in the 1860s by order of the then Emperor Maximiliano I. Because Massimiliano I's castle, the Castillo de Chapultepec, was so far from the city center, he ordered the building of a boulevard between the palace and the city center, which he named Paseo de la Emperatriz in honor of his Queen Carlota (Carlota). The current name, "Avenue de la Reforma," commemorates the liberalization reforms of 19th-century Mexican President Benito Juárez. This wide avenue is twelve kilometers long and runs through the city straight and diagonally. It is built to imitate European boulevards such as the Champs Elysees in Paris. The road is full of green trees.

Walking along the avenue, you will see many sculptures about the history of Mexico and the Americas - the most famous is El Ángel de la Independencia (Angel of Independence), which was built to commemorate the independence of Mexico. The gilded goddess of victory stands at the top of the monument, holding the laurels high in her hands, as if about to crown the heroes who fought for national independence; below the memorial are erected four seated statues, symbolizing war, peace, Law, and justice. In Mexico City, the Angel of Independence has become the center of various celebrations and protests. During the 2016 Oscars live broadcast, Leonardo DiCaprio's fans gathered under the monument to celebrate that the idol finally ended the Oscar run.

The owner of the Somaya Museum is the former richest man in the world, Carlos Slim, a Mexican, and the museum, named after his late wife, officially opened in 2011. The museum is located in Polanco, the most upscale district of Mexico City. It is made of 16,000 hexagonal aluminum blocks, as if a silver female body is dancing enchantingly in the wind, is in real and dreamy feeling. The museum is open to the public free of charge. The facilities in the museum are very comfortable. The surrounding walls are painted in pure white, and the exhibits are sufficiently spaced apart so that the audience has enough space to view the presentations from different angles. In addition to the works painted by Mexican muralists, the museum also contains pieces by European masters such as Van Gogh, Rodin, and Dali, which are worth a visit.